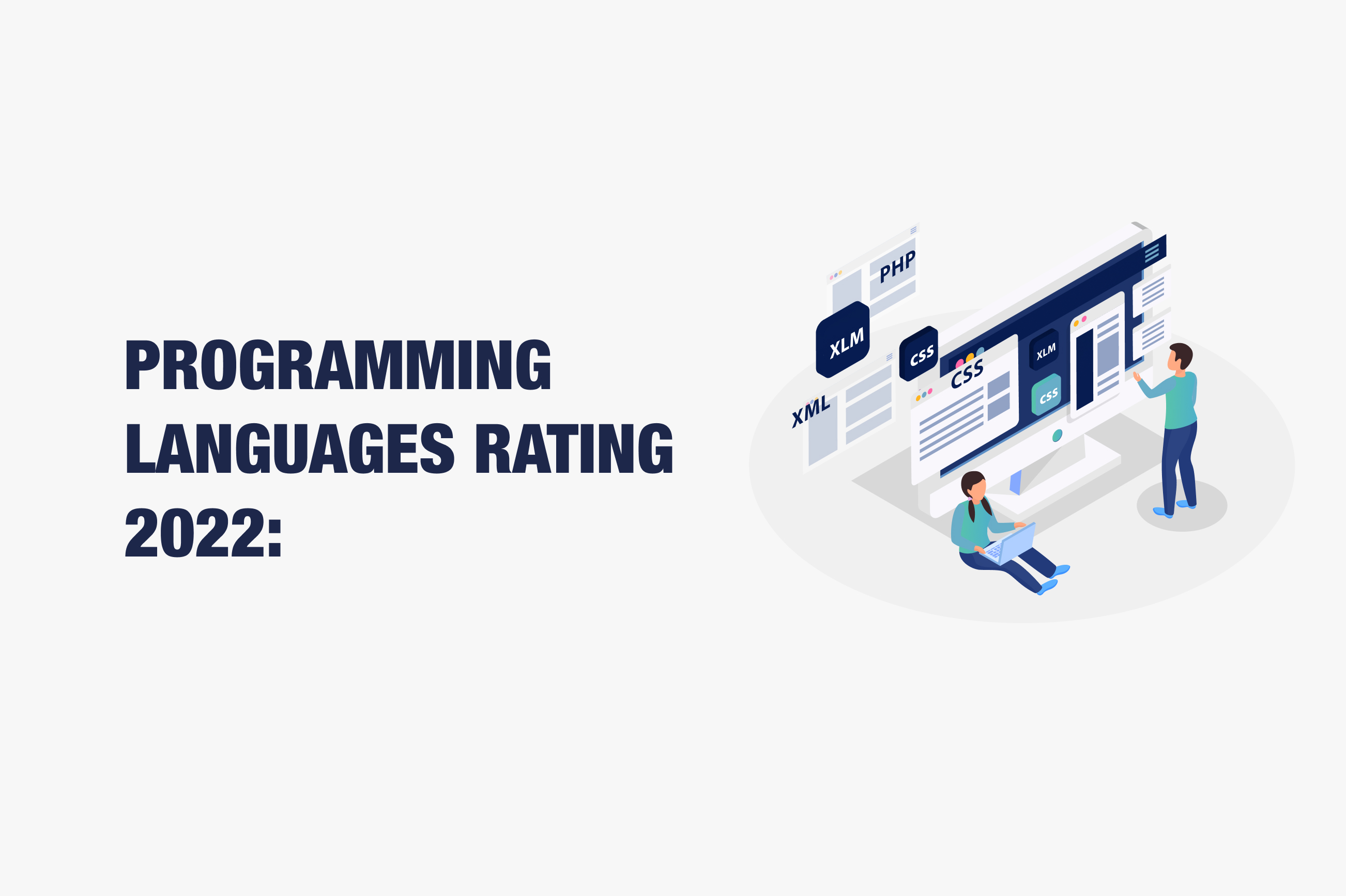 Back at the end of 2021, many reputable platforms summed up the results of the year and built an estimated rating for the next 2022. This process did not bypass the topic of popular programming languages.

C# surpassed Java, TypeScript caught up with PHP, and Dart is the most comfortable programming language. According to statistics, ratings and research, a general picture of leaders was built. In this article, we will find out which languages have become the best according to Tiobe, GitHub and DOU versions. According to the TIOBE Index for September 2022, Python took the lead in the ranking. It supplanted Java and C#, which remained at the top of the list for several years. But why did this happen?

The main reasons for Python's leadership are great advances in machine learning, many software libraries from the Python Package Index (PyPI), a lightweight framework, and the presence of data science. That is why, according to the Tiobe index, the language will remain in first place in 2022. In addition, he received the largest increase in the rankings during the past year.

Tiobe rankings are based on programmers' searches on 25 search engines, including Google, Bing, Amazon, YouTube, Wikipedia, Yahoo! and Baidu.

In second place was C#, and in third was Java. Also in the top 10 are: Swift, C, C++, JavaScript, SQL, Visual Basic, and Assembly Language.

It is worth noting that the Tiobe index does not indicate the complete leadership of Python, it is only an indicator that in 2021 and 2022 programmers on various platforms were and are most interested in this language.

Most Popular Programing Languages on GitHub

The GitHub community has more than 73,000,000 developers, each of which contributes to the ranking of the most popular programming languages. This huge platform is the home of IT professionals from all over the world. Therefore, the debate about the “best programming language” does not subside even for a minute.

Unlike other platforms, GitHub did not rank Python as highly for its capabilities and left it in second position in the ranking. The favorite of the service, JavaScript, was in first place, and Java was in third.

However, according to new data, Python again breaks out to 1st position in the ranking, Java takes the second position, and JavaScript - the third. And this trend is very understandable, as machine learning and data science are catching a new wave of hype in 2022. The development of intelligent chatbots, AI, which are difficult to distinguish from people, is the merit of Python. It also remains one of the most popular languages among beginners, so it's no surprise that it's taken the top spot again. The Ukrainian IT publication DOU conducted a survey among its community and collected 9245 questionnaires from developers from Ukraine. Based on the answers of IT specialists from Ukraine, this resource has compiled its own rating of popular programming languages, which you can find here.

Several ratings have been compiled:

Based on these results, it can be concluded that JavaScript, C#, Python and Java remain the most popular languages, with Dart being the most comfortable. In general, a very interesting rating, which we advise you to familiarize yourself with.

We reviewed 3 ratings of independent platforms - GitHub, Tiobe and DOU. The trends of future changes are already visible. In fact, everything is happening gradually, although those languages ​​that were in the top in 2021 have shifted by a maximum of 2-3 positions. Based on the results of the ratings, Owlab has identified the 5 most popular programming languages in 2022. We are not talking about the BEST, we are talking about the most popular.

Rate this article
5.02 reviews
Comments
Be the first to
Previous articleTop 15 Google Chrome Extensions for DevelopersNext articleBest Crypto Airdrops in September 2022: How to Get Crypto for Free