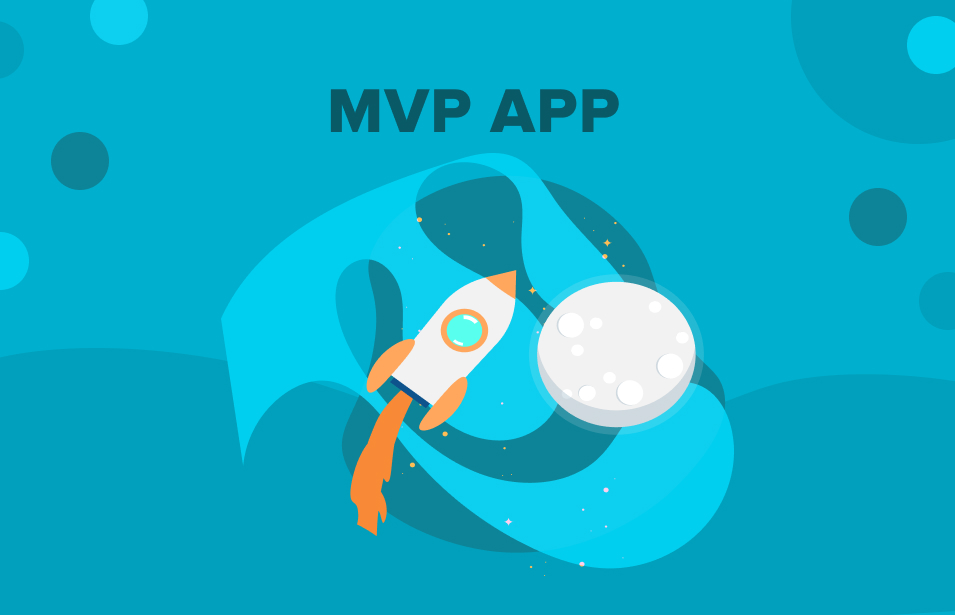 The Value of MVPs in App Development

"What if we found ourselves building something that nobody wanted? In that case, what did it matter if we did it on time and on budget?"- Eric Ries

1990s USA. The dot-com bubble. Nick Swinmurn was roaming a mall looking for shoes but couldn't find what he wanted. So instead of new shoes, he got a business idea: he created a basic website and posted pictures of shoes from the stores he'd been to. After receiving an order, Nick bought the pair and sent it to the new owner. He concluded that people are ready to buy shoes on the internet, and transformed his idea into a full-fledged business, Zappos company, which was later acquired by Amazon for USD 1.2 billion.

This was the beginning of the minimum viable product (MVP) approach to product development, which was only formally defined in 2001. In the words of Frank Robinson, SyncDev co-founder and president, "MVP is the simplest version of a deployable product."

If you've been dreaming about outshining Instagram and creating your own revolutionary app for on-demand services, MVP may be worth a try. Given the rough times of Darwinian business, why not shoot first and ask questions later? User trends and tastes change at lightning speed, meaning excessive planning and polishing may not bring you the result you want. Begin by showing your audience a clear stone and convince them that each follower will receive a sparkling diamond very soon. Once you get feedback, polish the diamond to give it the shape you promised.

This is how MVP works. It lets you prove that the world needs your product, while reducing your risks.

Using your guesses to create a new product may turn out to be a critical step for your business. You don't need to rush headlong into wasting hundreds of staff hours and a good deal of your budget on a raw idea. An MVP app is a basic version of your future digital product. It offers only the minimum functionalities determined during the discovery phase: the ones that are essential in order to get feedback from your target users. After you've collected real data about user needs and expectations, you can improve your concept iteratively and launch a product the market needs.

Most well-known startups followed this path to success. For example, Uber's beta-version had no gamification elements, tariff differentiation, or other functions we're used to now. It simply connected drivers with iPhone owners and allowed credit card payments. Instagram was launched as a product to exchange location data: users could take pictures from within the app, edit them, and post them with a geotag. Buffer, an app for scheduling posts on social networks, began as a landing page whose purpose was to collect subscriptions and study market demand.

MVP development of mobile apps aims to test a hypothesis and reduce the risk of mistakes by getting the most out of a smaller investment in time and money.

The advantages of an MVP for app development

According to statistics, 29% of startups go out of business due to the lack of finance. Companies that extend functionalities gradually grow 20 times faster than those who've scaled prematurely.

These numbers give a clear reason why it's important to create a minimum viable product. Now let's take a closer look at the advantages you get if you build an MVP app:

And remember: to enjoy the advantages of Android-iOS app development, you need to create the simplest product possible and see whether the app is worth developing — or whether it might be better to drop the idea altogether.

MVP of a mobile application for iOS and Android

New apps appear in app stores every day, and only some of them manage to beat the fierce competition and become popular. This is why many companies and entrepreneurs create MVP mobile apps for their initial launch. A minimum viable product is a full-fledged, no-frills mobile app with all the basic functions it needs to run smoothly.

Here, quality is key. Users may forgive you for not having a loyalty system, for example, but they won't tolerate a rough product with a million bugs. For this reason, the minimum functionality you offer should work flawlessly. If not, there are plenty of other apps offered by your competitors.

There are many different limitations you need to take into account when developing an app for various kinds and types of mobile devices. There are also differences between iOS and Android users. Usually, MVP app development is aimed at one user base. Since the key point of creating a minimum product is to test the idea without spending excessive time and money, you first need to decide who the main users of your future product are and which OS it should be developed for.

Regardless of whether you're developing an MVP in an iOS app or an Android app, there are certain fundamental things it needs to offer. Basic functionality always includes two separate function sets, for the user and the administrator.

A user app will not be sustainable without the following:

The administrative panel should include:

Other functionalities of MVP app software depend on your particular idea and the market you plan to enter.

Given the tough competition on the App Store and Google Play, it's important to make sure that your mobile app's MVP is functional and accurately reflects your vision for its potential users. Mistakes are unforgivable and may kill your startup. For this reason, you need to be able to rely on a qualified development team.

Owlab, startup development company and MVP solutions, conducts an in-depth analysis of the market and your business before beginning to build an MVP mobile app. Our experts draw on real data, consider tendencies and dynamic trends in your target users, and provide efficient solutions for tasks. We understand App Store and Google Play algorithms and know how to test the prototype app iPhone MVP or any other device to minimize development risks. The result? We create MVP mobile solutions that easily find users, are approved and published without a hitch, and can be scaled into successful, full-fledged products.

Have an idea? Contact us today to discuss the details!

A guide to mobile app development: Web vs Hybrid vs Native

Web vs. Native vs. Hybrid app. What you need to know about mobile app development. We give you the main pros and cons of each type