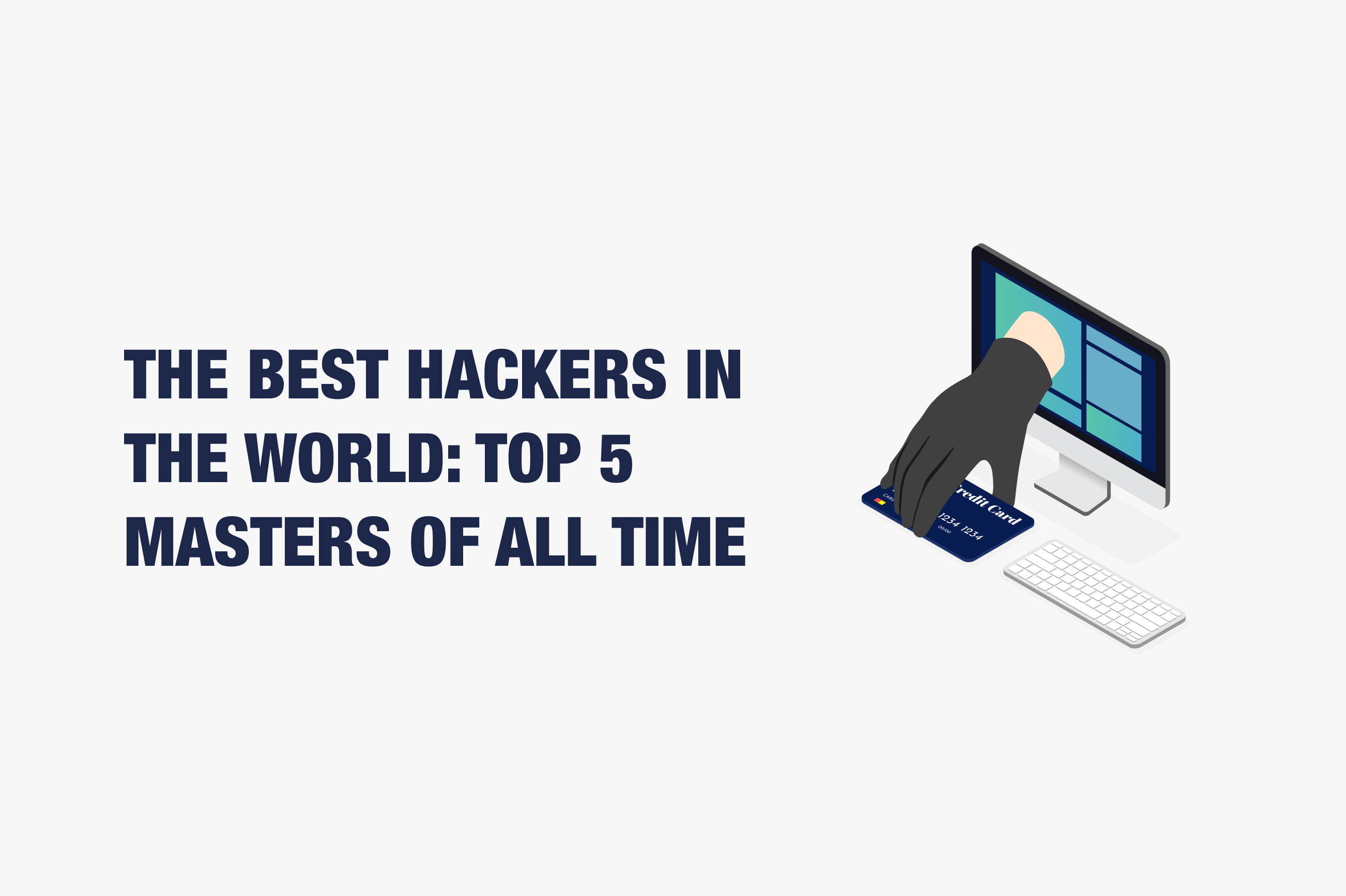 Owlab
Our blog
The Best Hackers in the World: TOP 5 Masters of All Time

The Best Hackers in the World: TOP 5 Masters of All Time

Few people knew about the existence of hackers until the mid-90s. A small percentage of people had computers, and the stories of hacking into government systems were like sci-fi.

However, today everyone knows about hackers. They are feared, respected and admired. There are black, gray and white hat hackers. Black hats are engaged in hacking banking and government systems, stealing data and enriching themselves at the expense of other people. Gray hackers do hacking for fun, it's their hobby. Whites, on the contrary, look for vulnerabilities and help protect such systems. Also, white hat hackers can work for the government or private organizations, helping to track down criminals.

Sometimes they act alone, and sometimes they gather in groups, such as Anonymous. Although Anonymous is a group of activists and hacktivists who do not know each other, this group is still considered a worldwide, international network. Often they come forward and pursue “righteous” goals. However, today we will not talk about groups, but quite famous personalities. Owlab prepared for you the top 5 most notorious hackers of all time.

Aaron Schwartz is a programmer and activist who fought for freedom of information. The young genius in the world of programming also took part in the development of the social network Reddit. He has been fighting for several years to provide open access to all kinds of educational and informational materials.

In 2008, he downloaded a huge stream of documents from the public access service of the US federal court, and in 2010, 5 million scientific papers from the largest university library in Massachusetts.

All his actions were regarded as a crime, and in 2011 Aaron was detained. He was charged with serious charges, including 50 years in prison and a fine of one million dollars. In 2013, the programmer committed suicide. He was posthumously inducted into the Internet Hall of Fame in 2015 for his stance against total privacy. Kevin Poulsen aka Dark Dante hacked the UCLA network when he was only 17 years old. But the security service could not send the young hacker to jail, as he was a minor. After receiving a warning, Kevin was at large. Both before and after the incident, he was active in hacking.

Kevin's main hobby is hacking telephone networks. On his account: cyber attacks on government resources (for example, Pentagon systems - Arpanet), intrusion into teleconferencing, wiretapping and much more. One of the most notorious crimes is the hacking of the KIIS-FM radio station, thanks to which the hacker won a car and many valuable prizes.

A few years later, he was nevertheless detained and sentenced to five years in prison with deprivation of the right to use a computer and the Internet for three years after his release. After his release, Kevin decided to go into journalism and at the moment he is actively writing for the popular publications Wired and The Daily Beast.

In 2005, Jeanson attacked almost 500,000 computers using a botnet network he created to profit by selling access to advertising companies and other hackers. Both ordinary people and large companies fell under his sight. Having settled down as a software installer, he installed malicious software on computers, which eventually brought him a very good profit.

In his hacking activities, Ancheta used the usual “botnet” networks, so he became the first person in the world to be imprisoned for using them. The term of imprisonment was 5 years. He also had to pay $75,000 in compensation. 2 British teenagers who hacked into several military networks at the end of the last century, and a few years earlier penetrated the Pentagon network.

However, all later charges were dropped, and teenagers' cybercrime became a trigger for improving the security of classified systems around the world.

Today, Michael is a good citizen and security expert, but in the past he was a cybercriminal. In February 2000, a 16-year-old Canadian teenager launched a series of DDoS attacks against the world's largest companies: Ebay, Amazon, Yahoo, CNN and Dell. He called this attack Revolta (rebellion).

The consequences of these attacks were shocking throughout corporate America. Everyone was surprised at how easy it is to shut down billion-dollar businesses. The hacker was able to completely shut down Yahoo for an hour, and everyone else, except for Dell, which turned out to be too tough for him, was stopped for a longer time.

At the time of the Revolta attacks, Michael was not 18 years old, so he was given only 8 months in prison. Today, Michael teaches cybersecurity training and works as an ethical hacker.

In fact, this article could have misled you, as the best hackers of all time remain anonymous and untrapped. This top is made up of subjective opinions, Internet legends and available information that can be found in the public domain. Most notorious hackers of all time are hardly the best, but their contribution to cybersecurity cannot be overestimated.

Thanks for reading this article! Don’t forget to leave a comment below and share it on your social networks.

Rate this article
5.01 reviews
Comments
Be the first to
Previous articleRevenue Streams for Startups - Full GuideNext articleHow to Create a Telegram Bot? Step by Step Guide