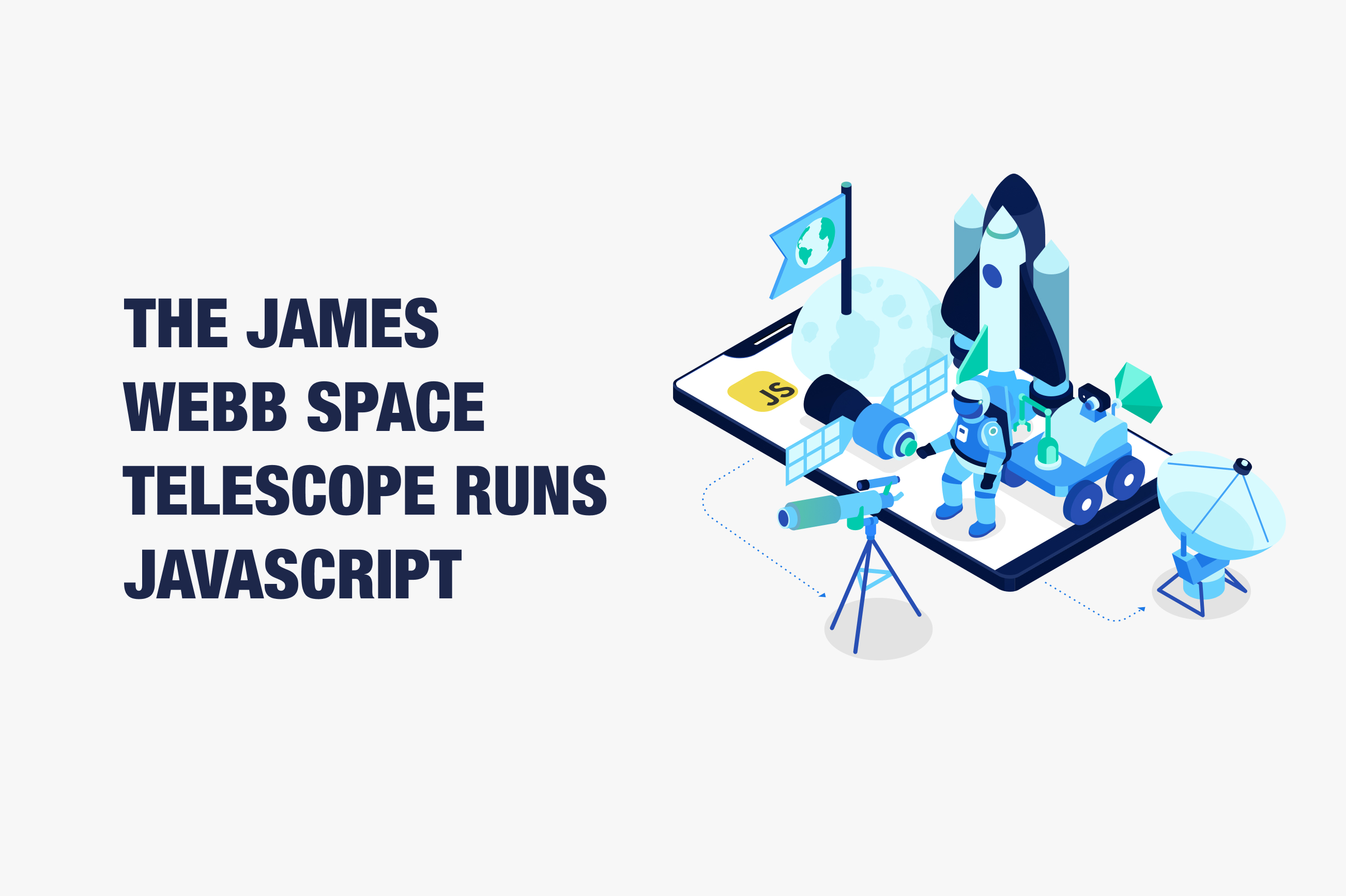 What do you know about the JavaScript language? Yes, yes, this is the same programming language that, along with HTML and CSS, makes up the World Wide Web (www), that is, almost every page in your browser is somehow related to this programming language. But the language that web developers love to complain about has had a hand in something incredible. Using JavaScript, the James Webb Space Telescope created the first series of breathtaking images that it transmitted back to Earth.

No, we're not saying that JavaScript is bad, because even our website uses it. What is striking is that SPACE TELESCOPE, which is one of the highest achievements of science, is mainly driven by JavaScript files, which are based on a 2002 software development kit. How old is someone born in 2002? Quite a lot of time has passed, however, the telescope, with the help of algorithms and software processing, is capable of producing high-quality pictures. JWST has different scripts for different tasks that have been written beforehand. Scientists can instruct them to perform specific tasks, and when they do, those JavaScript codes will be interpreted by a program (called a "script processor") that accesses the systems and applications it needs.

The algorithm of actions (scenario) itself depends on the tasks to be performed. The web browser is not used in JWST where the Mid-Infrared Instrument is directly controlled by a programming language, it is like a manager that effectively delegates and distributes tasks. However, the importance of JavaScript cannot be overestimated, since its scripts control the process of creating snapshots. NASA calls it the "heart of JWST".

Then the fact that the space telescope is controlled by such old technology seems a little strange, since the last update of ScriptEase 5.00e was released in 2003. Many people born in 2003 already have families of their own and some weren't born yet when software capable of controlling the critical systems of the James Webb Space Telescope appeared. This news has excited people all over the world, just google “JWST Twitter” and you will see it.

JavaScript has provided greater control and flexibility, as scripts can be modified on Earth, tested, and updated directly to the telescope. This allows scientists to easily change settings or tasks as needed. The same goes for fixing bugs. Can you imagine debugging on a telescope that is several hundred thousand kilometers from Earth?

“There was a time at which it was supposed to do something and that time came and went and it didn’t do the thing it was supposed to do. And alarm bells rang… Now this code that’s been proven deadlock-free seems to be frozen 150 million miles from home. We had no idea what was going on… And everything that we did when we decided to do something, we would do it and then we’d sit around and wait an hour for the result.” — NASA programmer Ron Garret remembers debugging LISP in Deep Space.

After the whole team reached a consensus, it was necessary to carry out a series of bureaucratic actions, and only after that all these changes were transmitted via cable to 70-meter wide antennas connected to the Deep Space network, which transmitted commands at the speed of light.

Why was JavaScript chosen for JWST? Why were these programming languages chosen for such important and expensive projects as Deep Space and JWST? In fact, using such an old version of JavaScript makes sense, since the development of the project began in 1989. When construction began on the telescope in 2004, ScriptEase 5 was only about two years old. At that time, this was the best option, given the fact that spacecraft do not work on the latest technologies, but on proven ones.

The telescope was launched in 2021, but such projects take decades to develop and some technologies are introduced at an early stage, so some of them seem outdated to us by modern standards.

Technological development does not stand still, for example, your smartphone can hold up to 512 gigabytes of data, and for 80 years this is simply unimaginable amounts of memory, in turn, a JWST hard drive can hold 58-60 gigabytes of data. Your smartphone has 8.5 times the data capacity of the world's most expensive $6.5 billion telescope! So the next time you surf the internet, remember that the programming language your browser runs in is capable of launching spacecraft into space.

Rate this article
5.02 reviews
Comments
Be the first to
Previous articleDigitization vs Digitalization: Differences, Definitions and ExamplesNext articleHow To Start a Career in IT: My Own Experience