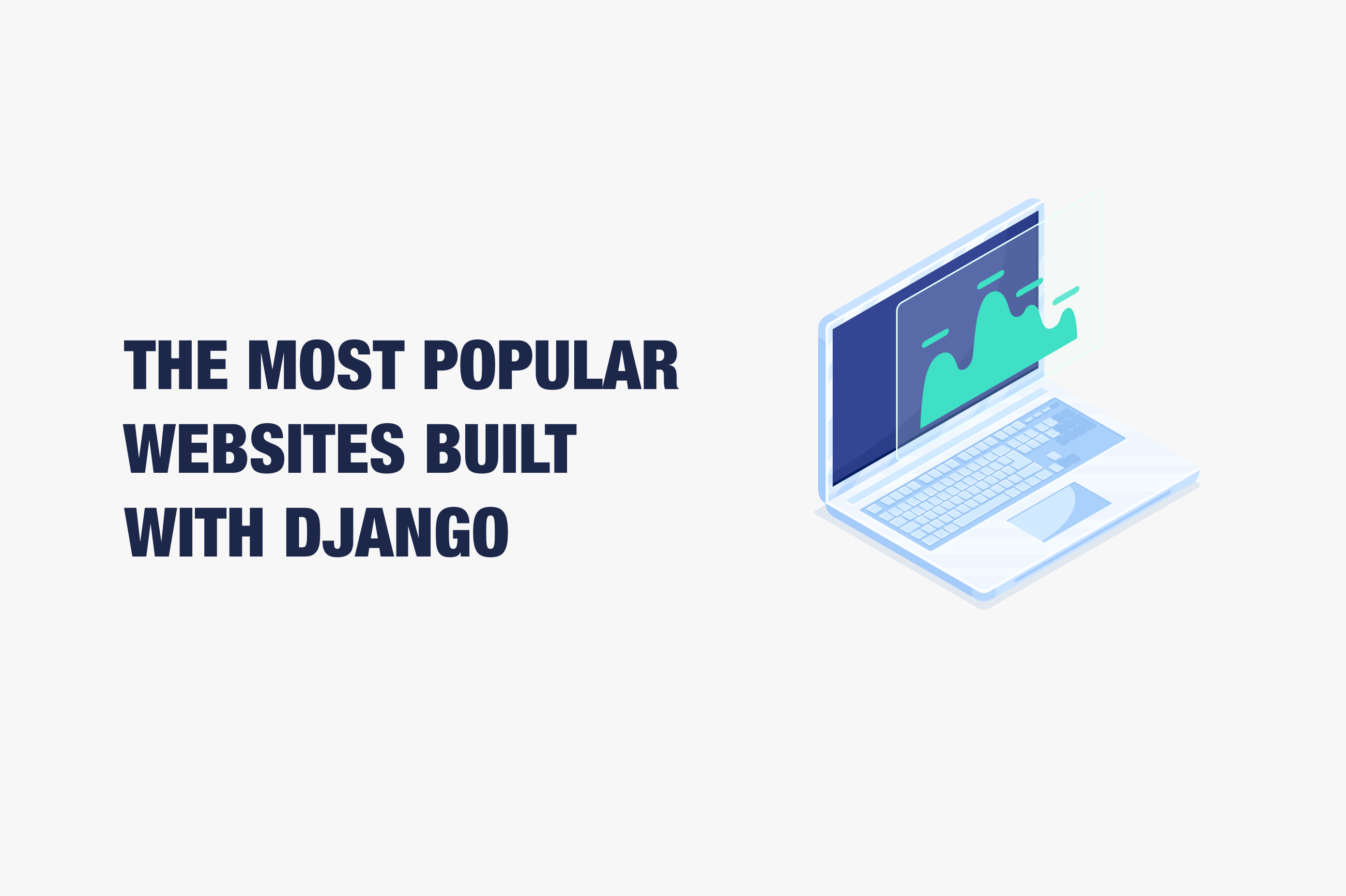 Django is gaining a lot of popularity and more and more companies are using this Python framework to build their products. For example, Owlab uses Django, because this framework is indispensable in web development. It facilitates the work on web projects of any scale and genre.

In this article, we will tell you about the most popular websites built using Django & Python

The largest YouTube video hosting, where users can upload, view, rate, comment, add to favorites and share videos without violating the rules and policies for using the service, is written in the Python programming language. YouTube is part of Google, which uses Python and the Django framework in many of its projects. Algorithms that content makers so often swear at, AI and many other functionalities of this giant platform are written on this framework.

What is the world's most popular search engine written in Python? That's right, this is the most basic product of Google - Google Search. The fact is that Python is ideal for writing algorithms, which is equally great for a search engine and for the same YouTube. Contextual advertising, content selection, moderation and AI - it's all possible to create thanks to the skillful use of Python.

Instagram is one of the largest and most popular social networks in the world. Instagram has over 2 billion MAUs (Monthly Active Users) and averages 500 million daily active users. The work of Instagram algorithms was also most likely implemented using Python and the Django framework. Social networks have to process an unrealistically huge amount of data, sort it and automatically moderate the content. Python does a great job with this task, as it is able to perform complex calculations, which is why it is often used to create social networks. Facebook, by the way, is also written in Python and uses Django. Reddit is the largest social news project/forum. Users themselves can post various articles, topics, as well as comment and vote for other articles or comments of other authors. On this site you will find thousands of Internet news and discussions on various topics. Most of the functionality of the site is made just in Python. The same goes for many other forums.

Pinterest is similar to the aforementioned Instagram, but at its core, these resources are completely different. Yes, users can upload their own photos to Pinterest, comment on other people's photos, and there is the ability to send messages. However, the algorithms for selecting pins are slightly different from those of Instagram. The work of Pinterest algorithms depends on several factors and involves machine learning and AI, which selects the user's feed according to his interests. For example, if a user likes cats, then he will have cats much more often in the feed. If a user also likes cars, his feed will be diluted with these pins. As you may have guessed, this is implemented in Python using Django.

Spotify is an application that allows you to find, listen to and share music with your friends for free. The application is very convenient and is famous for its algorithms for selecting music according to the preferences of the listener. Spotify lets you quickly find relevant music and add it to your playlist. This wonderful application, which no music lover can do without, was also created using Python.

One of the world's largest sites for data storage or, in other words, cloud storage. Dropbox has created a new way to store data: instead of a computer - on the cloud. Dropbox allows us to store, sync and share just about anything. The basic free package allows any user to upload up to 2 gigabytes of data to the storage, but the premium prices are not so high, so users often choose Dropbox as an alternative to the same Google Drive, which, by the way, is also written in Python! Quora is a forum where users can ask questions and other users can answer them, thereby increasing their ranking. Admit it, there were cases when Quora really helped you out and there you found the answers you needed or, on the contrary, helped other users. Now you know that this service was built using the Django framework.

Uber, one of the largest taxi driver networks, uses Python for its API. This programming language is used to process the business logic of the application. Python is capable of doing very complex calculations and handling large amounts of data. For example, the function of calculating the fare or the time of arrival of the driver just works thanks to Python.

Netflix is the largest subscription-based streaming service that allows users to watch series and movies ad-free on devices connected to the Internet. The content recommendation system is also based on algorithms. Guess what language it was built in?

Other Websites built with Django

Major news sites such as The Washington Post, The Guardian and even the official NASA website are built with Django. The fact is that this framework allows you to conveniently add new content to the website, and even this article was added to the Owlab website through the Django admin panel. This is only a small part of all the sites that have been created using Django technology. If you know of any other large projects that are also created using this technology, be sure to leave your feedback with a link to the project in the comments to this article!

As you can see, the Python language is very versatile, it is used for both web development and mobile app development. Owlab has long been familiar with this language and the Django framework, because it is reliable and convenient. Its libraries are constantly updated and new tools appear, which allows you to find a high-tech custom solution for any product. Don't forget to rate this article if you learned something new!

Rate this article
5.02 reviews
Comments
Be the first to
Previous articleHow To Start a Career in IT: My Own ExperienceNext articleHealthcare Technology Trends and Digital Innovations in 2022